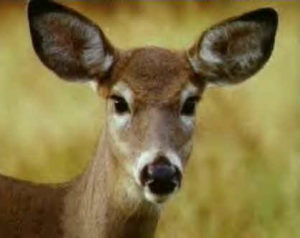 How Curiosity Can Override Fear

Over the years I have worked with many clients who suffer with social anxiety. They feel self-conscious and anxious when in the company of people they don’t know well or when in groups. Feelings of inadequacy and fears of being judged as boring, uninteresting or not good enough are common. For some people social anxiety can be very debilitating, causing them to narrow their social lives and creating a lot of misery.

The good news is there are lots of things that you can do to reduce social anxiety and yesterday evening while out running on a local woodland trail one beautiful deer reminded me of one very important way. Here’s what happened…

I have had a fascination and love of deer for years. I feel blessed to live in an area where from time to time I cross paths with them when out walking, running or driving. Mostly I only get a fleeting glimpse because the minute they sense you, they scarper in to the bushes. Even a fleeting glance makes my day. They are truly beautiful creatures.

Last night while running I had the pleasure of seeing six deer in a group. Four immediately dashed across a river and into thick woodland but two moved away in the other direction. As I continued on the trail it looped back to the same area and there were the two deer standing in the road. On seeing me coming they immediately dashed up on to a bank nearby but surprisingly instead of running for cover, stayed in the open and curiously watched me from a distance as I ran by. I looked at them and told them they were “beautiful creatures” to which they cocked their heads in an attempt to figure me out.

I was running two laps of the trail so on my next lap past the same area, the two deer were again on the road in front of me. One immediately hopped on to the bank on seeing me coming but the other stayed and pushed his head forward like he was really trying to get an understanding of what I was. Eventually when I was within 15 feet of him, he jumped up on to the bank but stayed close and as I ran by and again told him he was beautiful, he moved even closer to take a really good look at me. It was as if he was thinking “WHAT IS THAT?”

I was totally amazed and thrilled. I’ve spent many years fascinated by deer but I have never previously experienced a deer being fascinated with me. Typically they are very fearful and shy animals. When they see a human or hear a sound, they are out of there as quick as they can but yesterday something about me made this deer curious enough to override his normal instincts to run for cover and to stay in full view and to even move towards me to check me out. Perhaps it was my bright pint tracksuit top and runners or my heavy breathing from the run. Whatever it was, his curiosity over-rode his fear. And THAT is the Lesson !

When someone is feeling anxious in a social situation their attention is focused inward on their own fears and discomfort. “I don’t have anything to say” “they’ll think I’m boring” “I feel anxious”. They are focused on their own feelings of anxiety, their own self judgements and their need to feel safe and normal again. The other person or people feel scary and threatening. The thing that helps you over-ride this is when you become sufficiently curious and interested in the other person. Curiosity and interest draws you forward and out of yourself. It helps you forget your fears. At moments of anxiety this is very helpful.

So when I am working with someone who is suffering from social anxiety I usually teach them to notice their own anxiety but to look at the other person and to actively try to be curious and interested in them. This could be just done in their own head by thinking “I wonder how they are feeling today” or “what about this person interests me” or it could involve asking the other person questions about themselves. Either way it shifts you from a place of “fear of the other” to “curiosity in the other”.

Try it and see. You’ll be surprised how well it works!