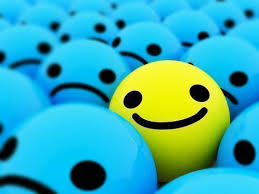 Have you been feeling a little bit happier in the last year? Are you feeling more optimistic about 2015 or expecting your financial state to improve in the year ahead?  If so, you are not alone, because according to the WIN/Gallup 2014 End of Year Survey, 52% of people living in Ireland say they are happy with their life, an 11% increase on last year, when only 41% of people were happy.

If you are 65 years old or over, you are more likely to be happy than any other age group – with a whooping great 71% of aged 65+ feeling happy with their life. A 20% increase on last year and now running marginally above the worldwide overall percentage which shows 70% of people worldwide are happy.

Our optimism about this year being a better year than last year has also increased with 39% of Irish people expecting 2015 to be better than 2014. An increase of 8% on last year, when only 31% of people, expected the year ahead to be better than the previous one.  18-24 year olds and students fair best here, with 52% of students and 58% of 18-24 year olds expecting a better 2015.

We still lag behind the worldwide picture though, with 53% of people worldwide anticipating that 2015 will be better than last year.

But don’t get too carried away! If you want to be really happy you need to go and live in Fiji.  It’s the happiest country in the world with 93% reporting they are happy.

And of course always remember, happiness is an inside job. You’ll be just about as happy as you make your mind up to be – no matter what the statistics say!

Erica McKinney is a counsellor, psychotherapist, Healer & Life Coach with a private practise in Dublin and Wicklow. www.ericamckinney.com